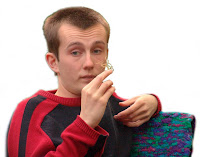 These famous words of Martin Luther King have inspired many. When an opportunity arises to follow a dream, one will work hard, and be persistent.

Colm, a young man of few words had a dream. Only his was difficult to communicate. Colm has autism and communication can be difficult. It was when Colms sign for airplane kept being used consistently (he has travelled on a plane before), and when pictures of New York in magazines were constantly pointed to, that those living with Colm started to investigate this further.

olm one day in Eason’s in Newbridge went straight to the travel section and browsed travel books for New York. And then there was this poster he acquired one Saturday afternoon in HMV. It was a treasured buy, that when eventually revealed on the wall of his bedroom showed the “Statue Of Liberty” the obvious symbols for the often dreamed of “New World” in all her glory. Magazines, books, posters and cards kept appearing. Yet such a trip seemed out of reach as Colm’s and his family’s financial resources are limited and the support he would need would mean at least two people travelling.
It was when suddenly a request for an exchange with another person from a Camphill Community in upstate New York arrived in the inbox of the Bridge Community and when a recent volunteer co-worker in The Bridge Community was about to return to her home in New York City that this trip to the “Land of Opportunities” came into reach.

And so we are hoping that You may be the one that helps making this special young man’s dream come true and contribute towards sending Colm to Big Apple.
Send any donations to the Bridge Community, Main Street, Kilcullen, Co. Kildare 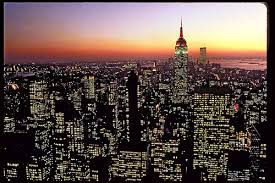 Email ThisBlogThis!Share to TwitterShare to FacebookShare to Pinterest
Labels: appeal