'Beating the Bounds' on Palm Sunday

On Palm Sunday we always 'Beat the Bounds' at The Bridge. This year was no exception. Despite a fairly cold a windy morning we followed the bread cockerels to each corner of our land and sang a song. Great fun! 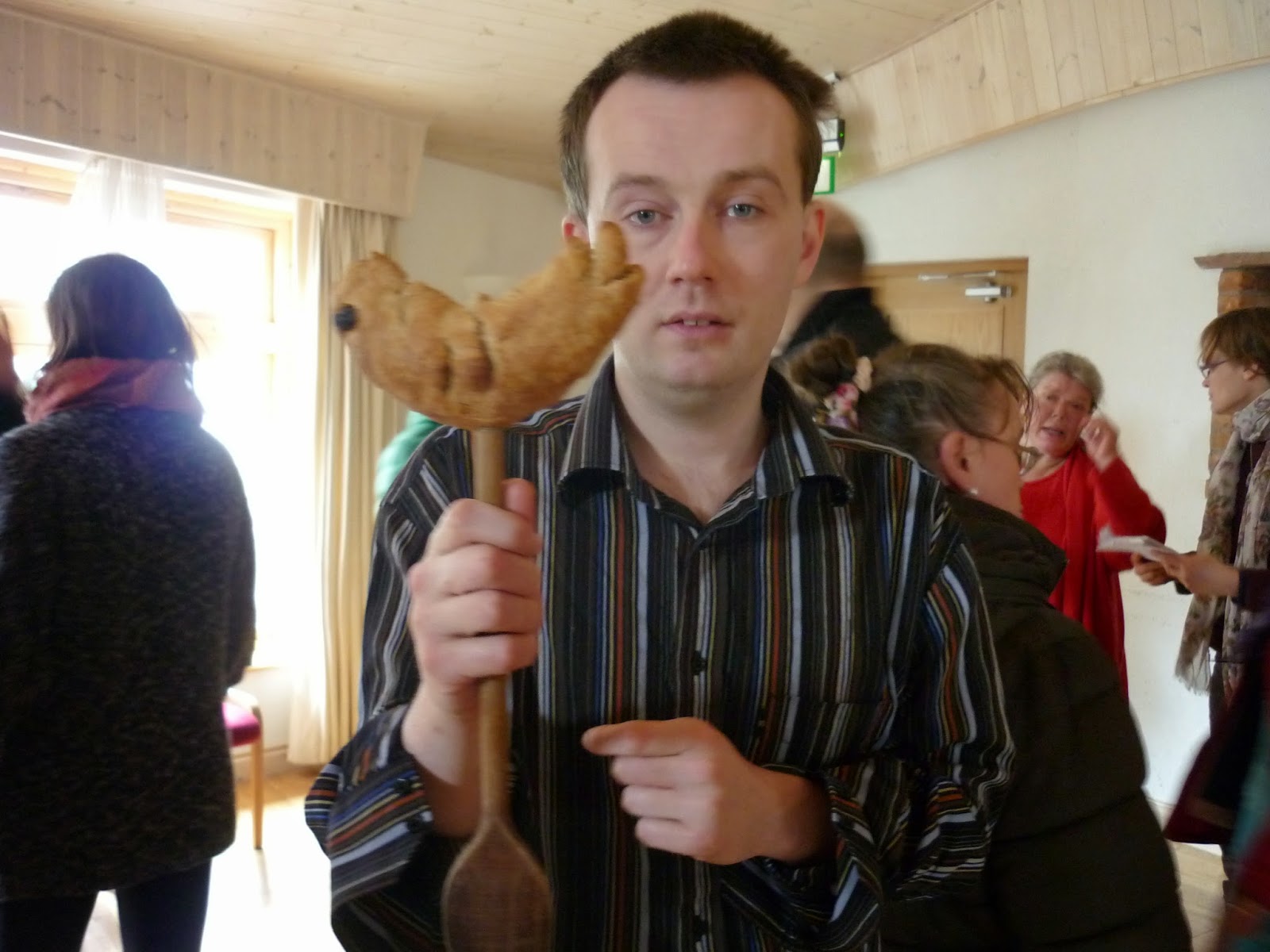 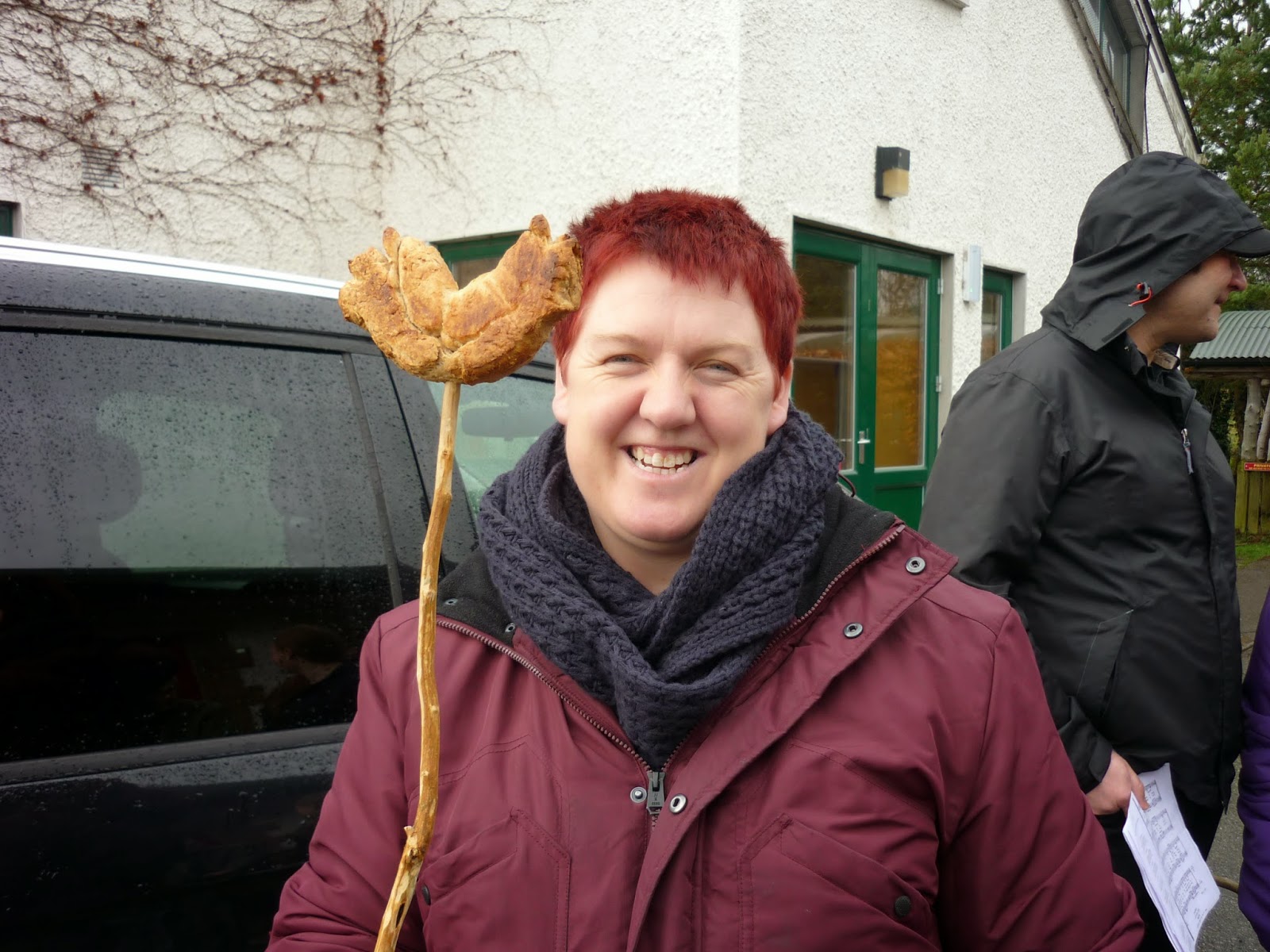 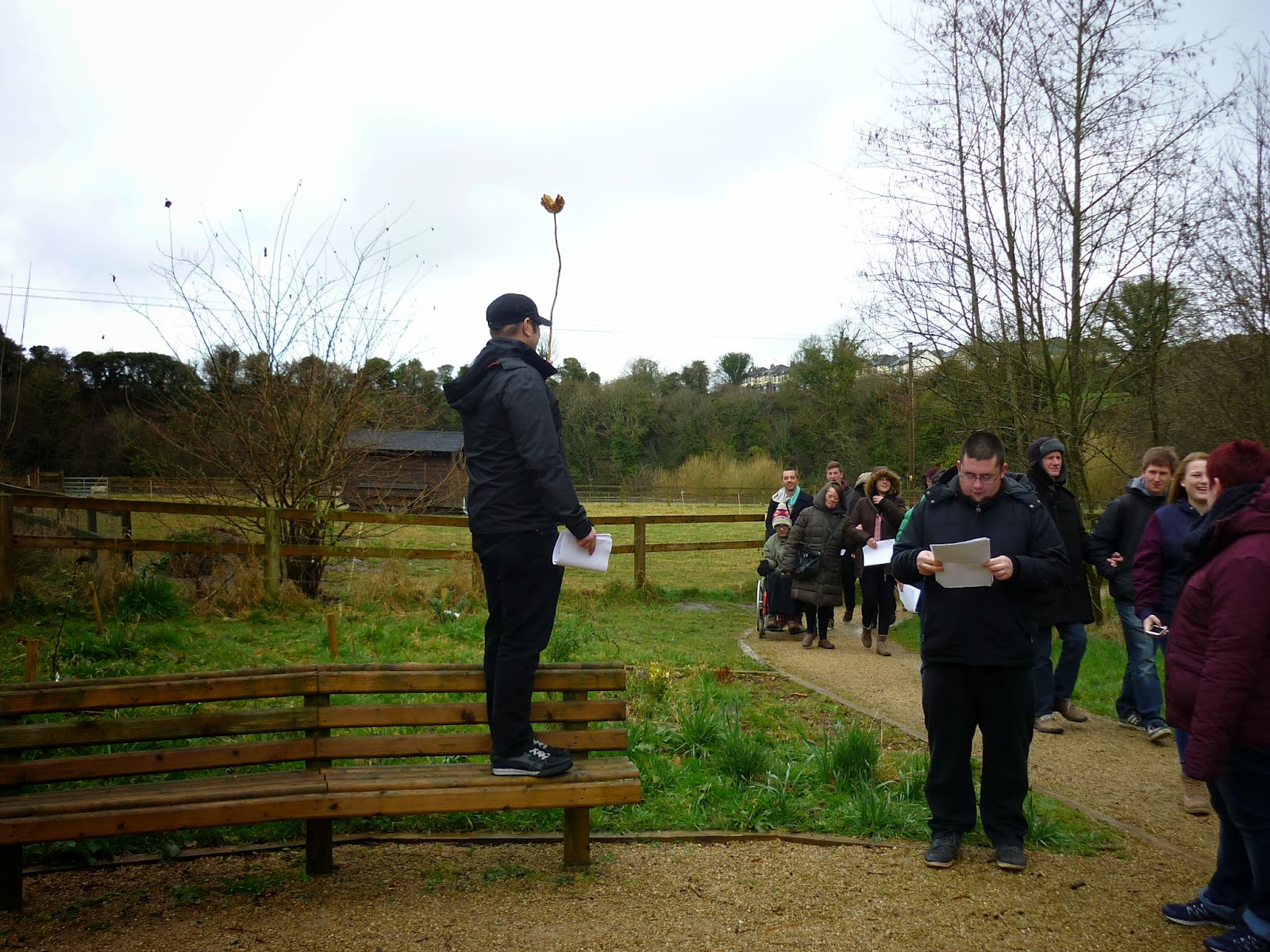 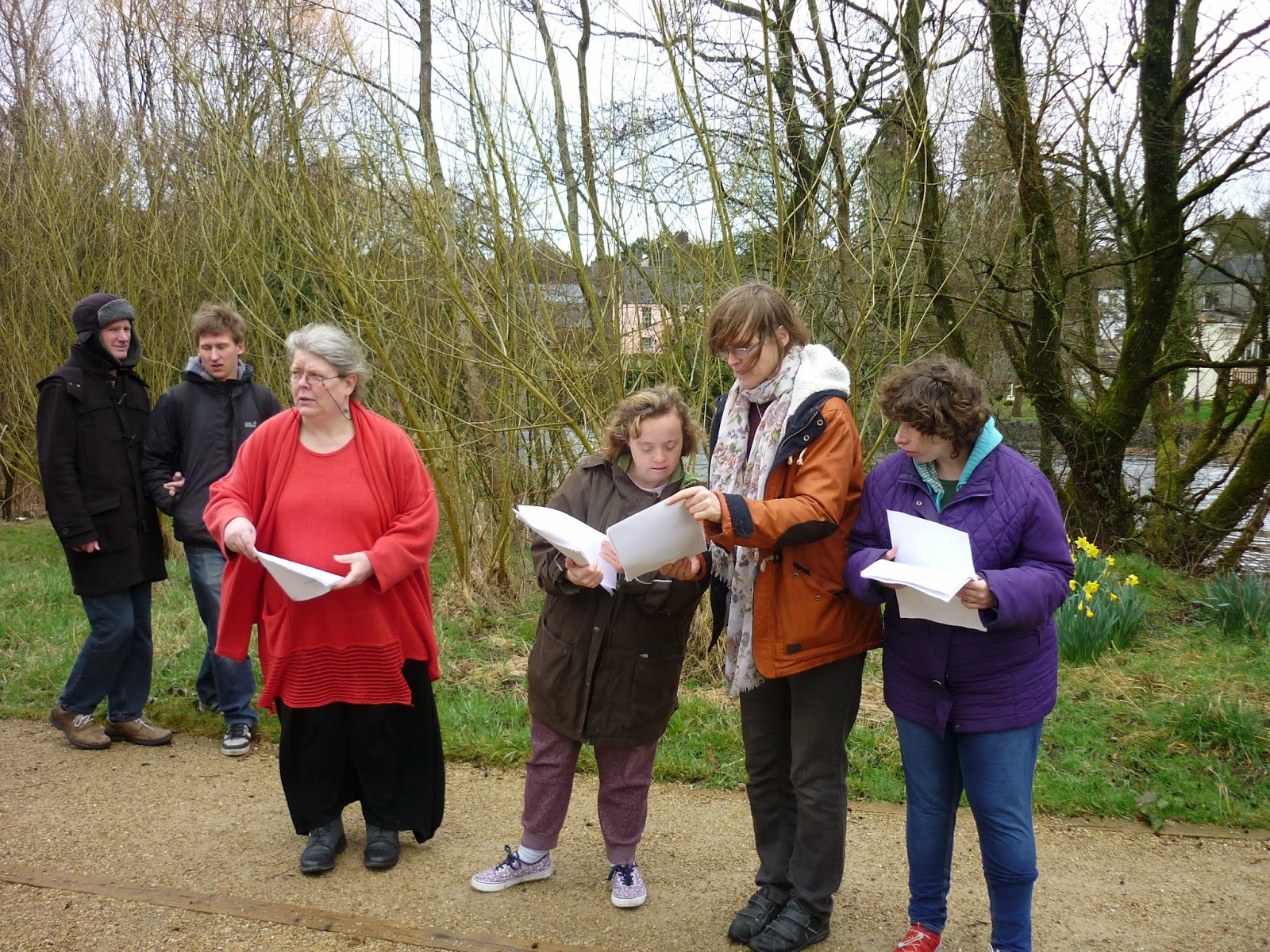 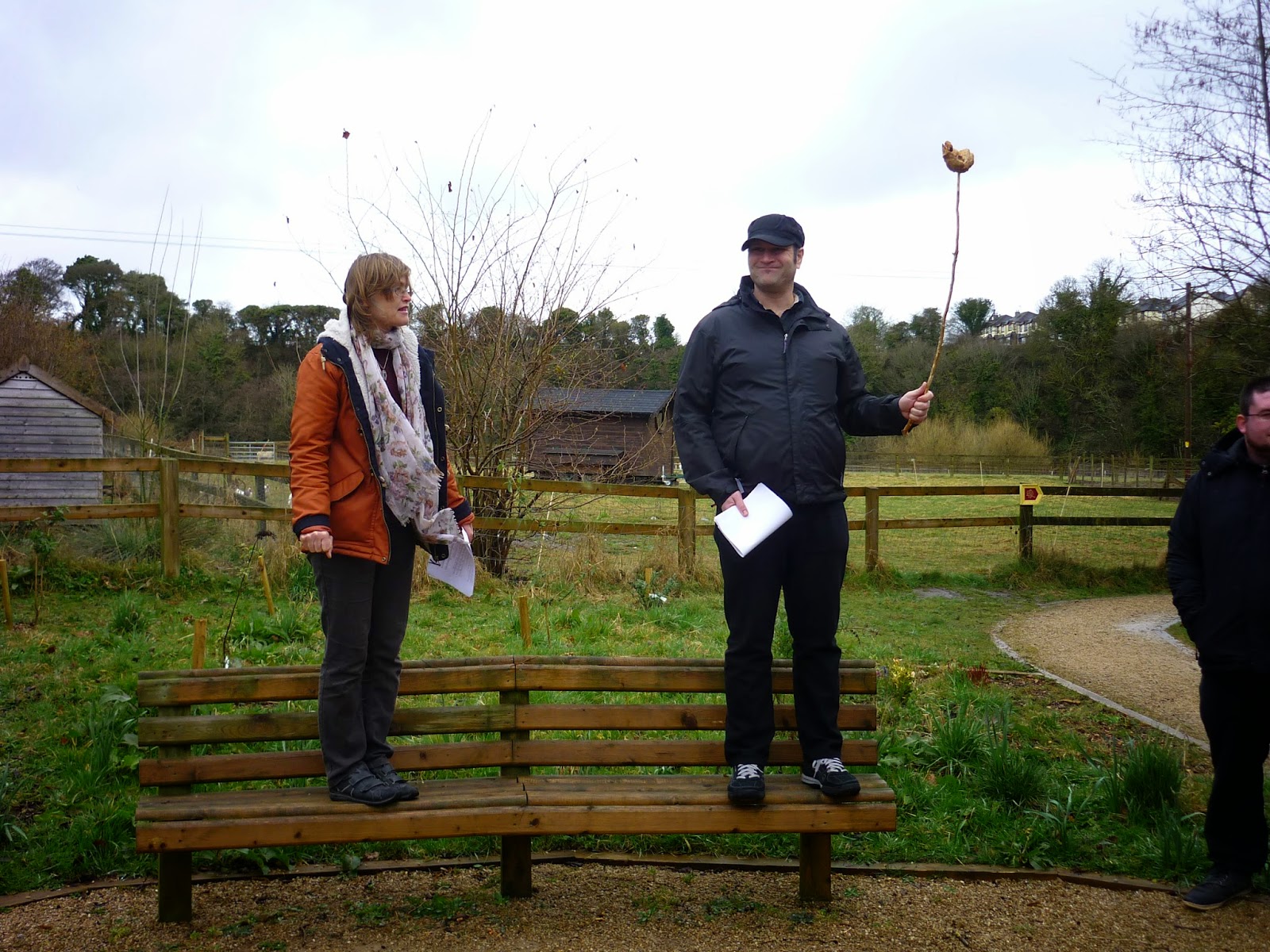 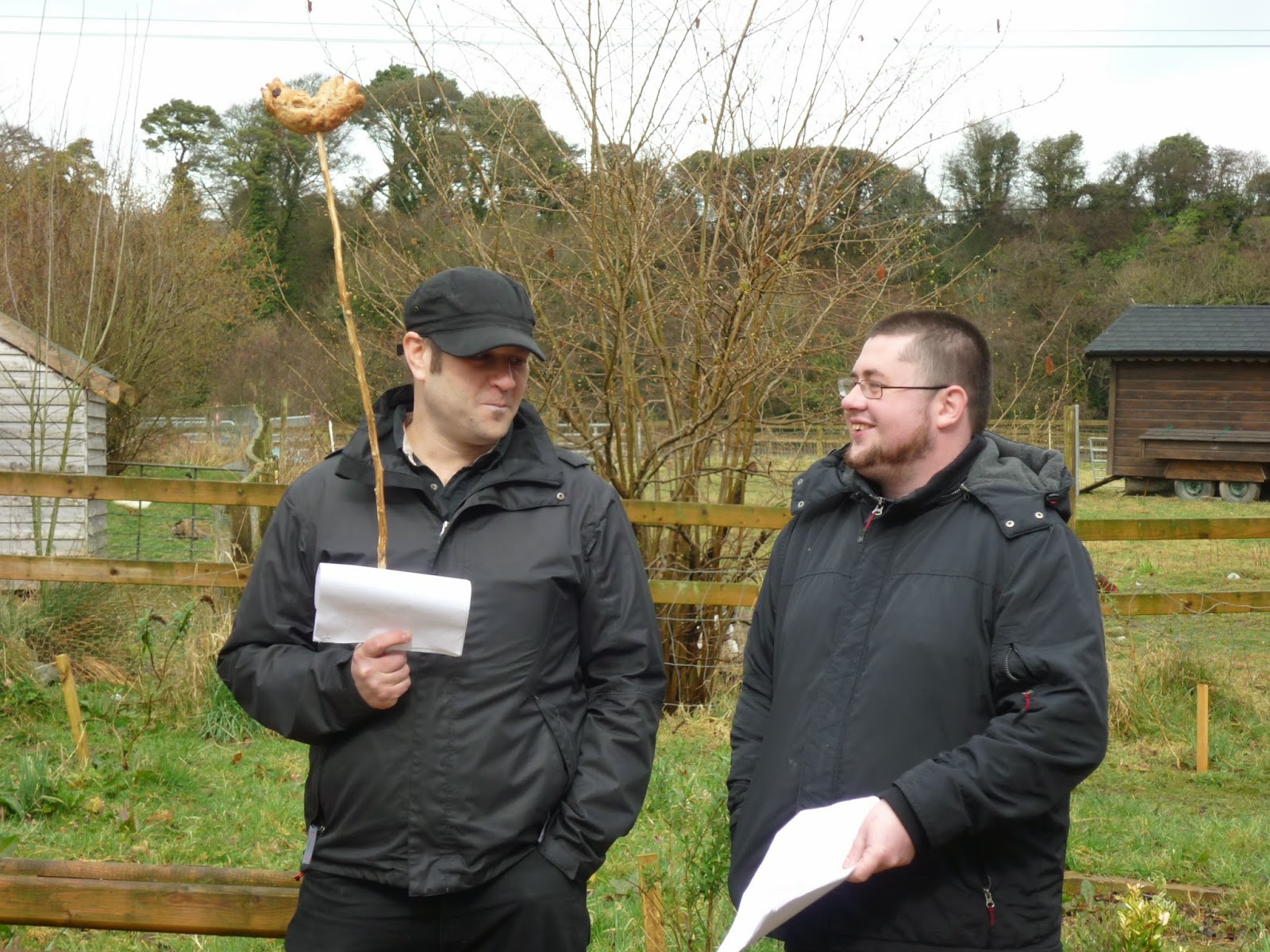 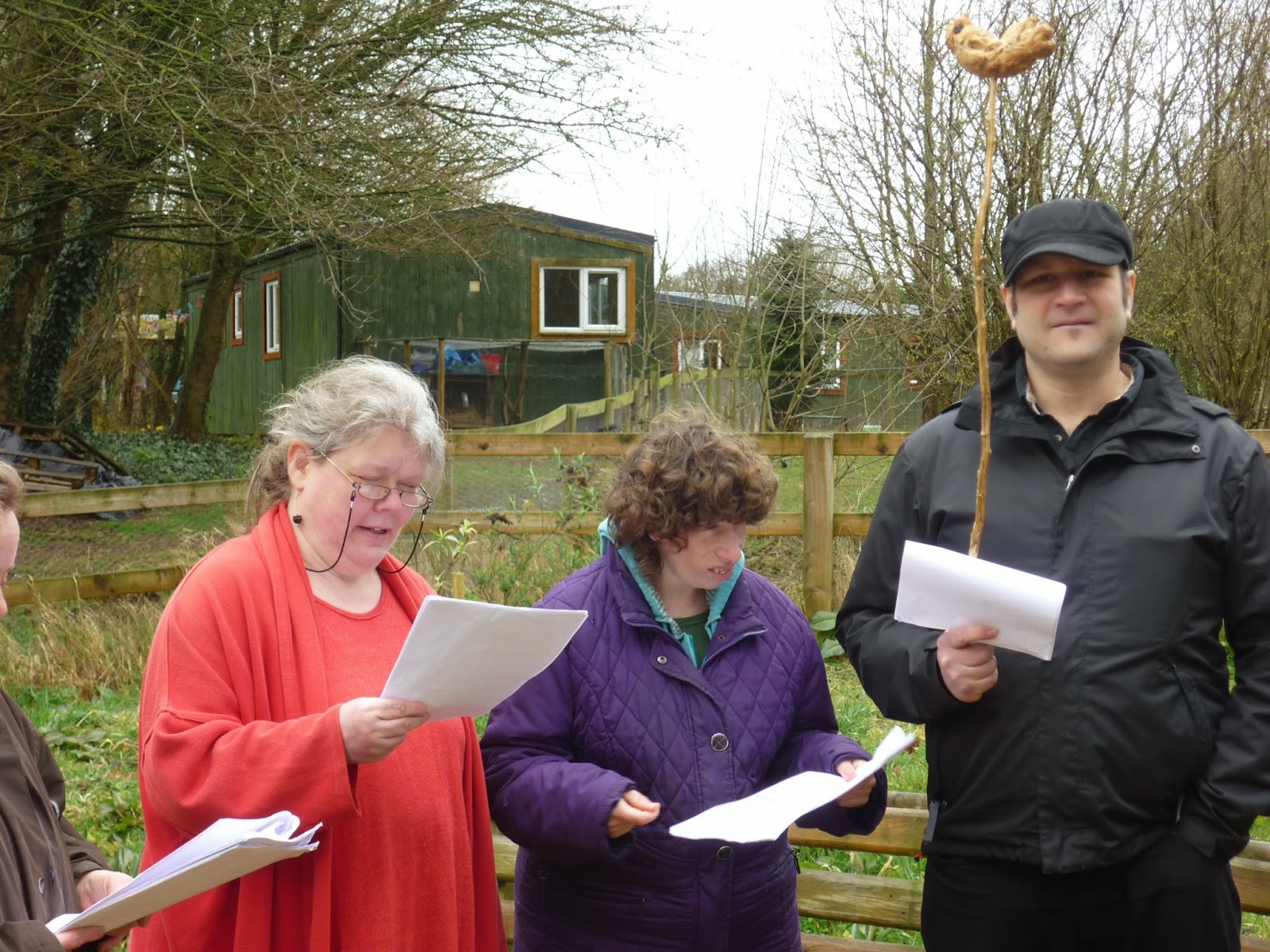 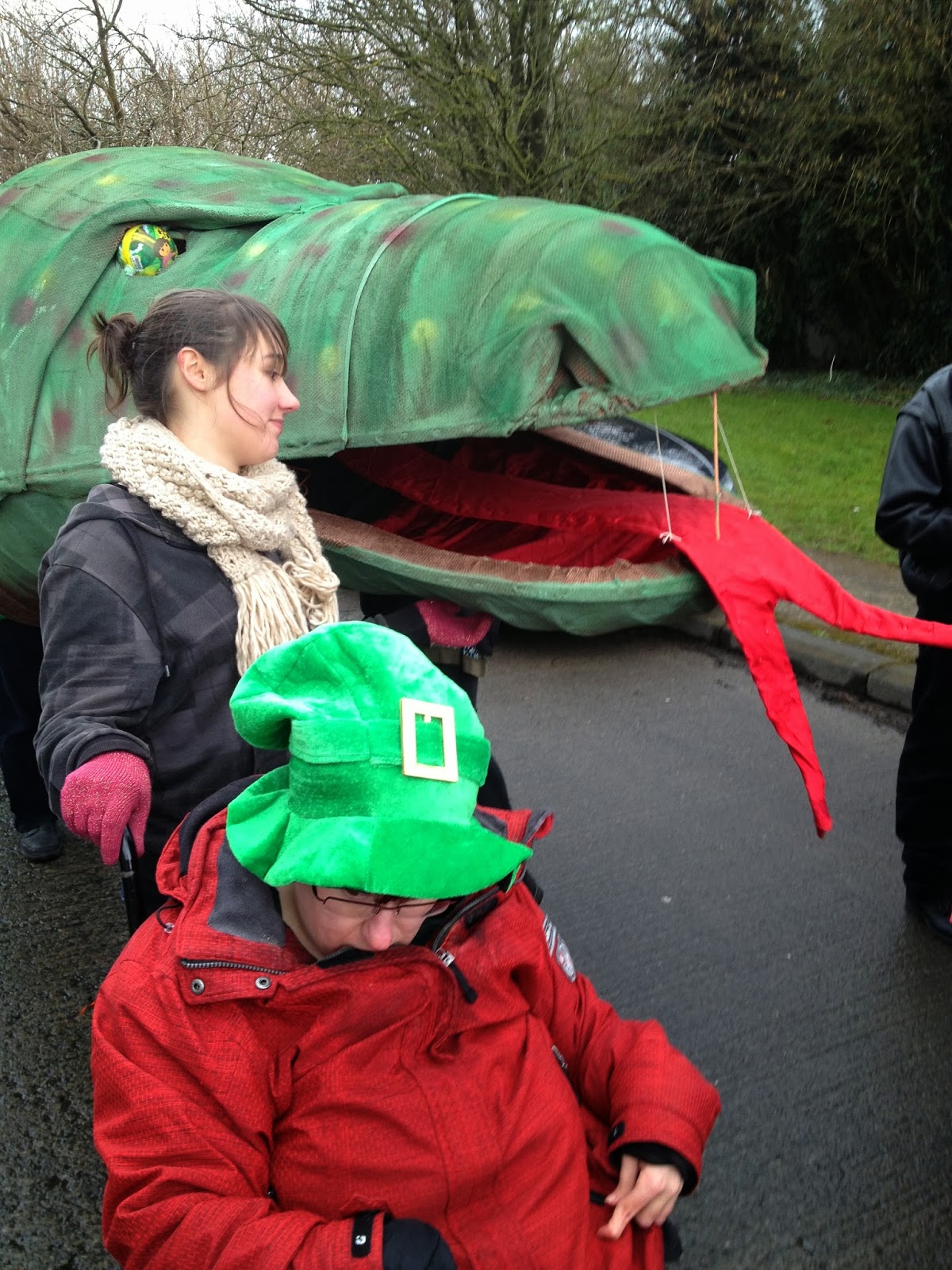 Although the Kilcullen St Patrick's Day was sadly cancelled this year, the Community got together during the evening to mark the day with a meal, followed by music and a quiz. We also gave our famous St Patrick's Day snake a little outing: 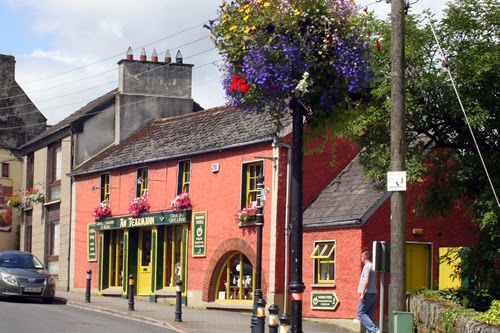 We are advertising 2 Internships for Coffee Shop / Bakery assistants via 'Job Bridge' Ireland and would love to hear from you if you think you or a friend fit the bill. Check out:
http://intern.jobbridge.ie/Default.aspx
If you enter 'Kildare' under location and then 'Hotel and Catering' under Categories, you should find the details
Coffeeshop/Bakery Assistant
Based in KILCULLEN
Ref. INTE-916115
Description
The intern will gain practical experience in cooking, waitressing, stock taking, ordering supplies, Haccp, and food preparation. The intern will receive formal/informal training in the following, Manual Handling, food preparation to Haccp standards and customer service. Safeguarding for Adults with special needs and any other relevant training necessary. On completion the intern will have attained skills in customer service, food hygiene and preparation, and working alongside adults with special needs.
Skills Requirements
An awareness and interest in disability issues. The ability to work alongside adults with special needs, and volunteers while meeting the agreed developmental goals. Possess cultural awareness and sensitivity. Be highly flexible, honest and trustworthy. Excellent people, communication and problem solving skills.
Please Note:
This is an Internship. An allowance of €50 per week will be paid in addition to your current Social Welfare payment.See eligibility criteria above.
Department
Coffeeshop/BakeryAssistant
Mentor
The Organisation will assign a mentor to support you during the Internship.
Duration.                         9 Months
Number of Positions.    2
Contract Type.               Other
Days, Hours & Start Date.  Days per week: To be Advised
Hours per day: Not specified Hours per week: 30 Start Date: TBC
Experience Required:         No Experience Required
Education Requirements:  Intermediate Certificate - None required
How to Apply
Email - Cv and letter of motivation to the Ben Gamble at the Bridge Community email address: thebridgecommunity@gmail.com
Contact arrangements must be followed exactly as stated by the employer as they are the preferred method of contact.
Employer
Bridge Camphill Community The Bridge Camphill Main Street Kilcullen Co Kildare
Phone.  045 481597
Email.   bridgecommunity@gmail.com
No comments:

A Kilcullen Diary: No St Patrick's Day Parade this year: 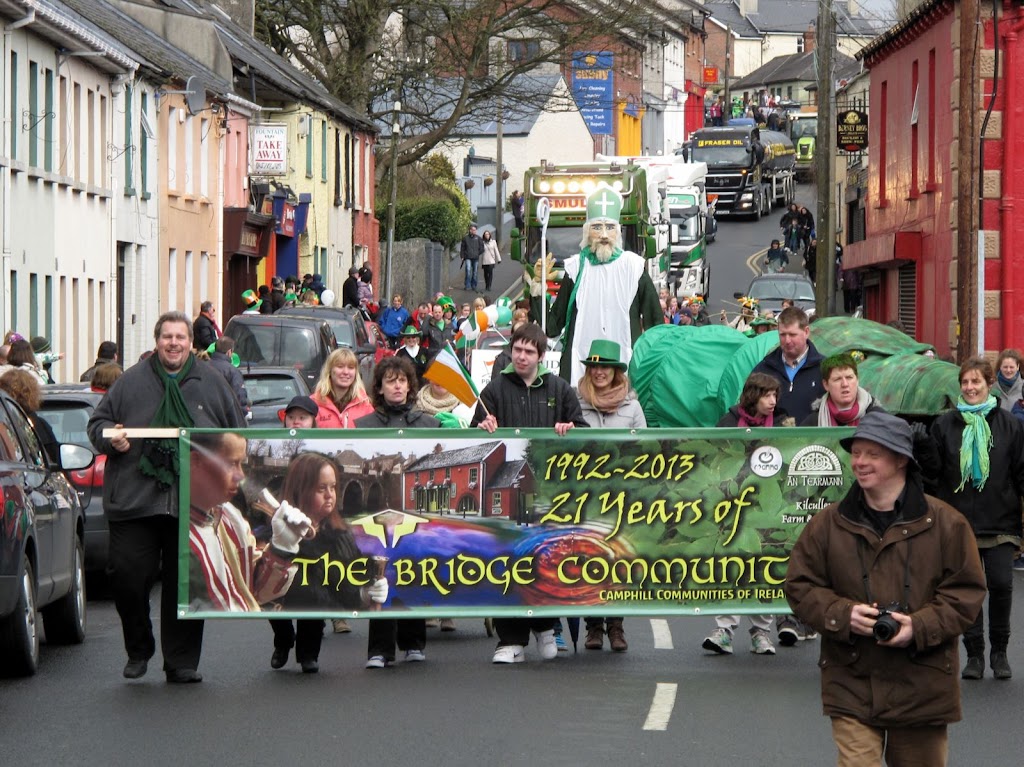 It looks like there won't be any St Patrick's Day Parade in Kilcullen this year, as Kilcullen Scouts have no plans to organise it, writes Brian Byrne.

The Scouts inaugurated and have run the very successful parade for the last two years, but have opted out this year because they're not in a position to handle it.

"It's very disappointing," says Mischa Fekete of the Bridge Camphill Community, whose St Patrick and an accompanying 'snake' have been a popular feature among the many local business and clubs floats which entertained hundreds of Kilcullen people and visitors on each of the previous two parades.

"We had just started practicing a new drums performance to add something different to the event, but now we'll have to rethink. It would be great if another organisation or club in the town would take over the parade's operation."

Both recent parades attracted a very strong support from all clubs and other groups in Kilcullen, and last year ended with music from local bands and outside musical groups.

A plan to provide a topical film show for children after this year's parade was also in train. That may still go ahead anyhow. But there's no doubt that there will be disappointment that such a promising annual event might disappear so soon after its beginning.

"It'd be a pity for the town if it slips away," one local publican told theDiary today. "It brings people around."

A Kilcullen Diary: Get the boots out, for Camphill

A Kilcullen Diary: Get the boots out, for Camphill: 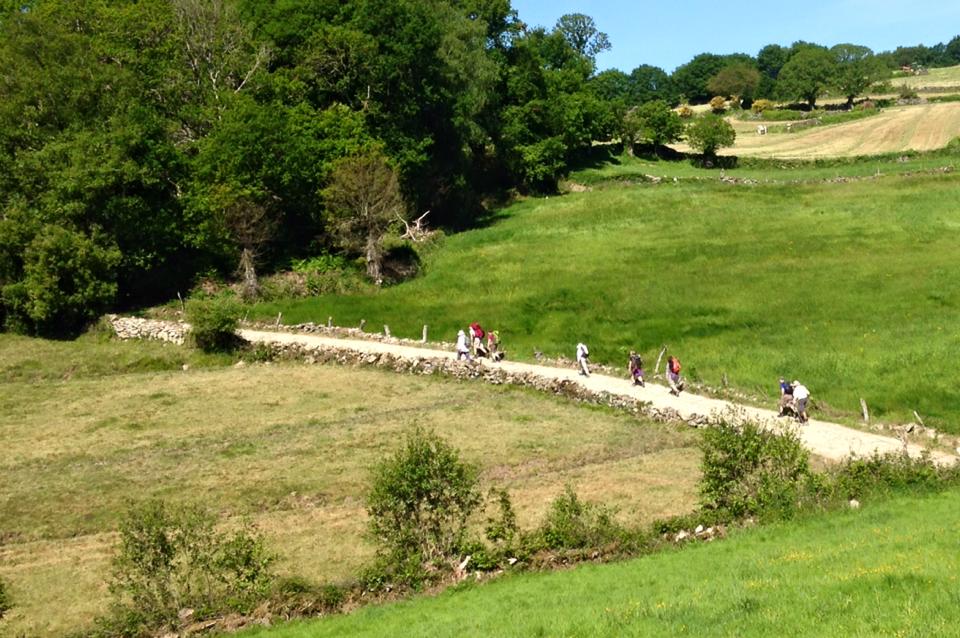 Right, it's the beginning of March and winter hibernation is officially over, writes Brian Byrne, and maybe it's time to polish up the walking boots again.
And a couple of walks that might be worth considering to help fundraise for Camphill Communities of Ireland are available.
The first, and closest to home, is trek along The Wicklow Way, either 10km or 17km depending on how you figure you might more easily manage. It's on 19 April, and the cost is €100.
The CCoI is also working up a trek along part of the Camino De Santiago to take place in October. If you're interested in either event, email Joe Lynch joelynch@camphill.ie or call 045-483735. A sign-up page for the Wicklow Way Challenge will shortly be available on mycharity.ie.
In Kilcullen we're very aware of the very good work that the Camphill organisation does for people with special needs. Across the country in 17 locations, that work is replicated for some 275 people in a range of ages.
It's work that requires funding, despite the very high volunteer element of the Camphill model.
So, have a think about one or other of the above. Both promise to be fun events too.
No comments: